More truck camping!  In Fall 2016 Sara and I drove out to Colorado to meet up with a buddy traveling and living out of his 4Runner for the summer.  We started at the Hoxeyville Music Festival in Hoxeyville, MI and then headed out west to stay with some friends in Fort Collins, CO.  From there we took the “scenic route” down to Jefferson, saw a show at Red Rocks and stayed with another friend.  We slept on BLM land most of the time, with a few notable side trips – the Great Sand Dunes National Park,  Rainbow Lakes Campground, and a hike up the easy 14ers, Grays Peak and Torreys Peak.

Being from Michigan I’ve seen my share of sand dunes but these blew me away – they compare in beauty to the Michigan dunes but blow them away with their size and backdrop.  The park itself is the dunes, most of the area behind it and our primitive camping site was in the preserve.  There’s a fun 11 mile ORV trail that you can camp along – Medano Pass Road.  It has a few stream crossings, but nothing was more than 1-2′ while we were there in the late summer.

Just outside of Nederland, CO, after a thirty minute drive down a rocky dirt path, sits Rainbow Lakes Campground.  This is one of the more remote but most meticulously maintained campgrounds I’ve been too.  The pit toilets are spotless and each campsite is raked after visitors leave.

There’s an easy 3 mile hike to the Rainbow Lakes starting from the campsite.  Each of the lakes have fairly easily followed game trail around them. 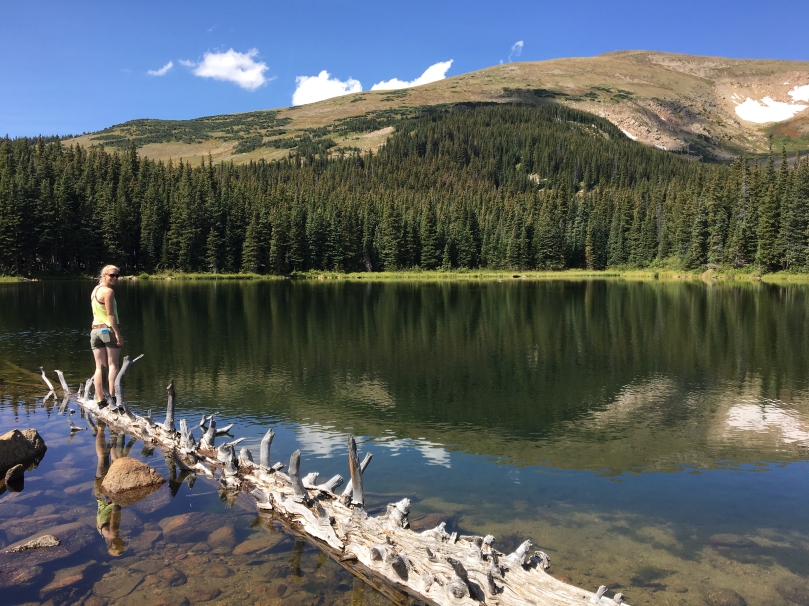 While these are two of the easier 14ers Colorado has, they still kicked my flatlander ass.  After a few hours of sleep we started the hike around 5:30am, reaching the summit of Grays mid morning and Torreys a half hour or so later.  The summit views were spectacular as expected and surprisingly calm.  Microspikes would have been useful for the descent but sliding on my ass worked pretty well too.